Battlegrounds Mobile India Released Official Do You Know This Information Yet?

Battlegrounds Mobile India released officially through Google Play with all the same features as the original version. Are you really interested in this?

Battlegrounds Mobile India released officially on the mobile platform. It helps players in India feel satisfy their passion after the ban from the government. This is really exciting news for many players, but is this version really different from the international version of PUBG Mobile? How do I download this game to my device? Let’s find out with us right here.

Battlegrounds Mobile India released, are the information you waiting for?

After a 9-month ban from the Indian government for national security issues, PUBG Mobile has officially returned to this country with the name Battlegrounds Mobile India. That is also the latest announcement from Krafton. So, this version is a great game only for the Indian region with many great features.

Besides, Krafton has also released a video on the Youtube channel. This helps users understand what Battlegrounds Mobile India will look like. In addition, both the game’s logo and music will remain the same as the original version of PUBG Mobile. This means that you will get used to experience, maybe only with certain changes.

Moreover, the issuer Krafton also said its ability to pay. How? They invite stars and famous people in India to advertise their game. This will give a great crowd effect. Thereby, reaching a much wider audience than before.

Soon after the official announcement of Battlegrounds Mobile India release, the publisher Krafton allowed players to pre-register the game. Of course, they won’t let the first players feel disappointed. Thereby players will receive big rewards thanks to early registration for the experience. They are Recon skins, a certain amount of money, titles, Recon masks, etc.

Moreover, pre-registration is relatively easy. You just need to go to Google Play and type in the keyword “Battlegrounds Mobile India”. Then click on the “pre-register” button to be able to receive great rewards as soon as this game is released. Overall, the arrival of BGMI game will bring players a lot of rewards and great features to the Indian market.

Do you want to be one of the first to enjoy the beta version of this popular game? We’re sure you’ll want to learn how to do it right now. So, continue to refer to the article for the answer.

Do you know how to play Battlegrounds Mobile India on your device?

Players can download Battlegrounds Mobile India to their devices via Google right now. There is no official announcement about the beta launch event this time, but it creates a surprise for players. With the information received, the beta version only allowed a certain number of players. Whereby, when it had a sufficient number of players, it was quickly removed from Google Play.

So when downloading, players will notice a line saying “internal server error”. But some players quickly know the game’s capacity of 721MB along with the change in the HP bar, from red to blue. The capacity of this version has been reduced. Or it is possible that the next version of Battleground Mobile India update will cause the capacity to increase. Let’s wait and see for a while to get the more information.

APK file + OBB will also be a great choice

In addition, if you cannot quickly experience this beta version, players can also download the game through the APK + OBB file. Of course, the way to download and install will quite similar to normal APK games. After logging into the game, you will need to download the resource update pack before joining the exciting survival battles.

Overall, there are quite a few ways to download this game to your device. But each way will have distinct advantages and disadvantages. Therefore, you need to really pay attention to keep your device safe.

Battlegrounds Mobile India released, this is really good news for PUBG Mobile fans in India. This game will be similar to the international version without too many changes. But we believe that is enough for you to feel excited. Note that this is only a beta version and it will change a lot in the final version to ensure the best experience.

Hopefully, the publisher Krafton will continue to add new features in the final version. They will satisfy all types of players who had to wait a long time to enjoy this game again.

Sunnie is a game writer. Her favorite game is PUBG Online. She loves to play epic matches with friends and proves her surviving skills. She keeps track of new events in PUBG as well as always learns new tips and tricks.

Here Are Some Well-selected Guides You Can Read Next: 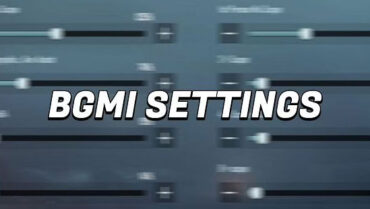 BGMI Gyroscope Controls: One Of The Factors That Help You Become A Winner 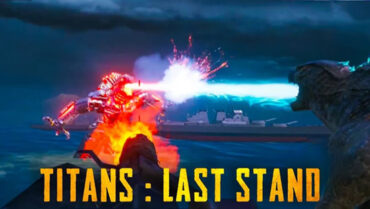 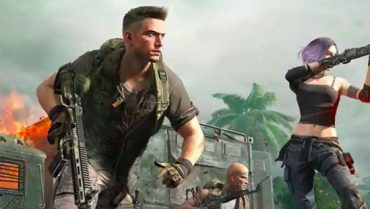 PUBG Season 11 in April with a brand new story and surprising updated features!